Paris, November 8, 2021 – Sea Vorian, a company created by a pool of investors led by Jean-Luc Biache and François-Xavier de Cointet, is acquiring 100% of Seafin, a leader in the distribution and manufacturing of high-tech products for the blue economy, from its founder Claude Pacheco, the Atalaya and Financière de Brienne 2 funds managed by Ace Capital Partners and SFLD

Founded in September 2004 by Claude Pacheco, Neotek specializes in the distribution and integration of data acquisition, oceanographic and hydrographic instrumentation, positioning, UAV and mine clearance equipment.

RTSys, acquired in 2012, when Ace Capital Partners funds invested in the company, has developed on its own ressources the design and manufacture of submarine acoustics and robotics products. Its high level of expertise is now recognized in 4 main areas of innovation: passive acoustic monitoring (PAM), underwater exploration via autonomous underwater drones (AUV), mine countermeasures (MCM) and anti-submarine warfare (ASW).

Numerous R&D programs have been carried out in partnership with the Direction Générale de l’Armement, the Poles Mer de Compétitivité, or the European Defense Fund, to design miniaturized products without compromising either performance or cost. Renewable marine energies, deep-sea exploration, and anti-submarine warfare are all sectors in which the Seafin group now claims a leading position.

With the transfer of the group to Sea Vorian, a new stage is opening up for the Seafin group to become an undisputed European player in the naval, civil and defense submarine markets.

Claude Pacheco
With the new Sea Vorian team, a new story will be written for the Seafin group. Jean-Luc Biache, majority shareholder, and François-Xavier de Cointet, shareholder and president of Seafin, have a strong experience in the development of SMEs in France and abroad. François-Xavier de Cointet, who previously managed companies in the blue economy, brings his knowledge of the Seafin market. I wish the Sea Vorian group success and prosperity.
I would also like to thank the investors for the confidence they have shown in me and in particular Laurent Sassier for his support.

Jean-Luc Biache and François-Xavier de Cointet
Enthusiastic about writing this new page for Seafin and its subsidiaries Neotek and RTsys, we thank Claude Pacheco for all that he and his teams have accomplished since the company was founded. We are convinced of the potential of this high-tech sector within the blue economy. Accompanied by private shareholders, we are committed to developing the group in France and abroad, both in the design and sale of innovative products and through the development of a broader range of services.

Ace Capital Partners
“We salute the great professionalism of Claude Pacheco and his teams, which has enabled the group to rely solidly on its subsidiary Neotek to mobilize high-level resources and significant means in research and development to create ex-nihilo, within RTSys, a range of technological products recognized by a very demanding clientele.
Having had the chance to accompany these pioneering developments for nearly ten years, we have no doubt that the new team will succeed in accelerating the group’s growth,” says Gilles Daguet.

Ace Capital Partners, a subsidiary of Tikehau Capital, is a private equity firm specialised in strategic industries and technologies, with €1.3 billion in assets under management. Founded in 2000, Ace invests with a vertical approach in strategic industries (e.g. Aerospace, Defense and technologies (e.g. Cybersecurity). Ace has built its model on strategic partnerships with large corporates (including Airbus, Safran, Dassault Aviation, Thales, EDF, Naval Group, and Sopra Steria), which invest in its funds and maintain an ongoing dialogue with the firm, enabling Ace to take a differentiated approach to investing.

Ace is present in Paris, Toulouse and Montreal and benefits from the worldwide presence of Tikehau Capital. 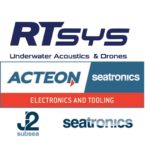 As water levels are continuously rising because of global warming, harbor cities facing growing urbanization have no choice but to extend onto the seashore.

In this regard, RTSYS helps construction and dredging companies to adopt a multiparameter framework using the SYSENSE seabed station, allowing real-time monitoring and remote control of various data, such as acoustics, salinity, water depth and turbidity. All collected parameters can be remotely displayed in real-time through a dedicated website.

90% of global goods are carried by maritime freight and the volumes transported are constantly growing as new routes appear. Consequently ships and cargos need to be increasingly efficient in terms of speed, size and energy consumption. Radiated noise generated by ships  must also meet rules and regulations as awareness of anthropogenic noise heightens.

Based on this knowledge, we help shipyards design better ships using Passive Acoustic Monitoring (PAM) either with real-time or post-processing methods. Meanwhile, ships in operation can use underwater acoustics to detect any defects or mechanical failures.

Due to the rise of anthropogenic noise, marine biologists and PAM operators need to keep a constant watch, as underwater sound may affect marine species’ habitats.

Additionally, Protected Species Observers (PSO) and Marine Mammal Observers (MMO) are increasingly learning the importance of underwater acoustics in their understanding of marine wildlife. Species that science thought were soundless until a few years ago appear to express numerous acoustic signals that tell more than the eyes can see.

In addition to biological and anthropogenic sounds, geological sounds (earthquakes, thermal sources …) can be observed helping for a better understanding of oceans.

As the main bulwark against global warming, their chemicophysical properties need to be closely monitored, which can be easily implemented using AUVs, equipped with various payloads for long autonomous surveys.

Paired with a buoy, RT-Live Monitor software helps to mitigate noise levels in real-time and ensure compliance with current rules and regulations regarding underwater sound.

In a context of increasing worldwide tensions RTSYS brings its expertise in Anti-Submarine Warfare (ASW) and Mine Counter-Measures (MCM) to Navies in order to make oceans a safer place.

Our knowledge in underwater acoustics and robotics allow Navies to recreate complete MCM and ASW environments. MCM operations are built on a complete range of divers, AUVs and PRBs (Positioning and Relay Beacons) enhancing both navigation and detection capabilities. ASW capabilities are highlighted with a focus on the improvement of training capacities and acoustic systems.